Here, have some culture! 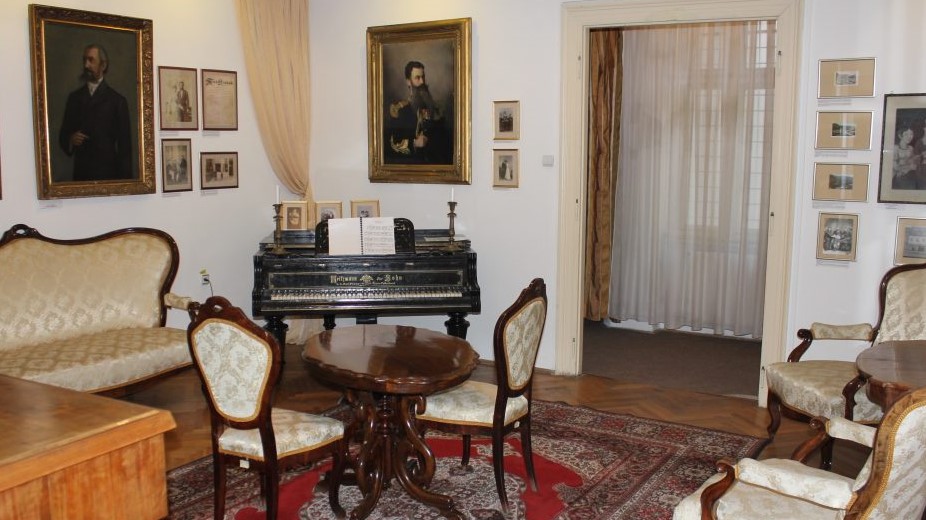 Days flow differently in the fall time. Mornings are cooler and the bed keeps you longer with him. The sun is a bit lazier and wakes you up later now. And the colours of autumn put up a show, always unique, although you see it every year. There are warmer days, but you always have an umbrella at hand. Especially in Brașov. That's why we’ll take you through the city's museums today. Stories are best told in old buildings, steeped in history, surrounded with connoisseurs.

We start with a fist proposal just 3 minutes from our hotel: "Casa Mureșenilor" Museum. Dedicated to art and culture, Casa Mureșenilor opened in Piata Sfatului, no. 25, in 1968, as a result of the donation made by the descendants of the Mureşianu family. In addition to the necessary space, they provided the community with a very valuable collection of furniture, paintings, sculptures and especially an archive of invaluable cultural value, numbering over 25,000 documents. The museum is dedicated to the memory of several members of this family with great merits in the cultural and political life of their time (19th century). The Mureșenilor archive is one of the richest and most important family archives: letters, political documents, newspapers, postcards, photographs, etc. In addition to the permanent exhibitions, the museum hosts chamber music recitals, in collaboration with the Brasov Opera, temporary exhibitions (eg. Life of the Royal Family of Romania, History of the National Anthem, etc.), illustrations, photography, graphics, painting, as well as exhibitions, debates on different historical topics or theatre plays and dance performances. It is a cultural centre that breathes the city's air and can make you feel like being a citizen of Brașov, now and then. Visiting hours: Monday-Saturday 9-17 (Sunday is closed).

We remain "in the old centre" and cross the Piata Sfatului, at the Museum of Urban Civilization. The building with windows and doors with stone frames and vaults with penetrations was mentioned since the XIII-XIV century. Being located within the old city of Brasov, it reveals constructive aspects specific to the Renaissance; was restored in 1566, dating discovered on a stone frame during the recent researches. The permanent exhibition captures the way in which the people of Brasov organize their life and commercial activities, from the Middle Ages period, VIX.  until  XIX. centuries, Brașov being an important economic centre, of commodity exchanges. What goods were sold, how merchants were planning their work, what trades were practiced, how the city was organized, etc. You can see simulations of the product fairs, as well as of the various embroidery or photographer workshops. At the attic there are organized various photography exhibitions or other cultural events.

For a coffee break, between the visits to the two museums, we invite you to Nola Coffee Shop, near the Black Church. Here you will find good coffee and fine atmosphere. "The range of freshly roasted arabica specialty coffee" NOLA "represents the maturity reached in the field of coffee roasting which we reached through exercise and experimentation, from 2015.

You need energy, we tell you. Look what we will do in October in Brasov.

- The seventh edition of the festival dedicated to horror and fantasy films, Dracula Film Festival (October 16-20, 2019), opens Wednesday, October 16 with the American film Zombieland: Double Round (Zombieland: Double Tap), which is being screened in national preview, at 7 pm at the Reduta Cultural Center in Brașov. Apart from the full-length competition, several films will be screened in the national preview but also for the first time in Brasov: The Adams Family, The Lighthouse, The Dead Last Die, Maleficent: The Sovereign of Evil. The screenings will take place at the Reduta Cultural Center and at Cinema One in Brasov.

- Preview October 10, 2019, @Visssual | h19.00, "Emigrant Blues: a road movie in 2½ chapters": Over 55 hours, from Bucharest to Madrid, in a bus full of people traveling thousands of miles to and from their new home. The last road to the hometown, this time behind a ridge run by two funeral home agents. Snippets from stories of people who dream of their homeland, but are too scared to take it all over again.

- At Kruhnen Musik Halle, on October 12, Deliric and Silent Strike return to Brasov for the release of their second album together: Deliric X Silent Strike II. From 20:00 to 23:00 the WarmUp will take place and the album will be heard from 23:00. In case you have more energy, it's a party after the concert.

- The 7th edition, Brasov Jazz & Blues Festival will be held from October 31, November 3, 2019, at the "Sică Alexandrescu" Theater. During the 4 days of the festival there will be 8 concerts, with artists from Romania, UK, USA, Italy, Germany, Belgium, Luxembourg. You can find tickets here.