Come to the forest! 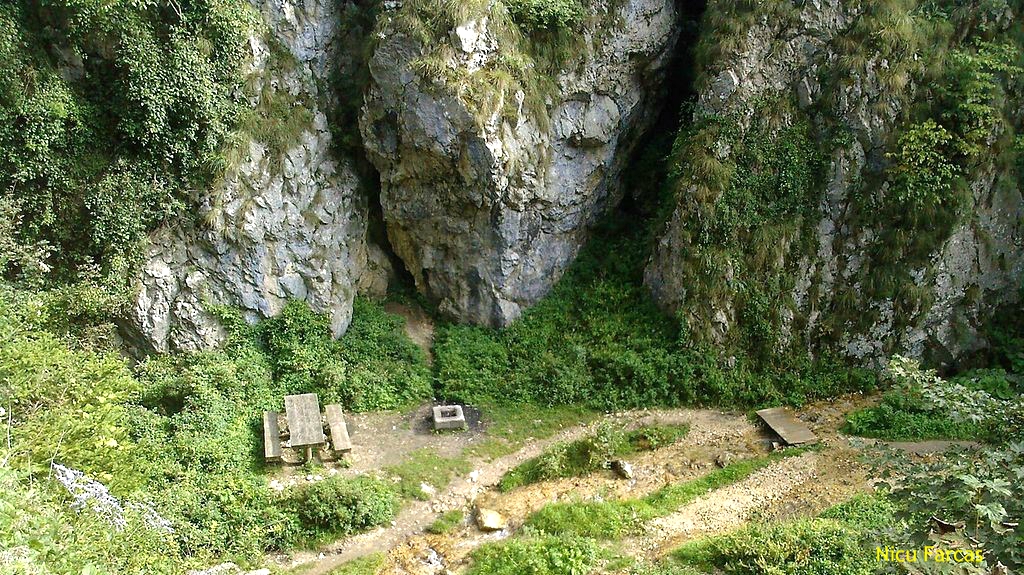 At the end of the season we are feeling more than ever the need for some peace and quiet. Brașov can offer many colorful and dynamic surprises, noises and smiles, but at the same time it has places full of charm and fresh air, suitable for relaxation and walking. The leaves now begin to paint pictures, like some lessons about the natural course of life, the birds continue their cheerful triples until evening, and the mountain awaits you, full of its healing magic silence. Heated warmly by the autumn sun, today we take you to the woods, in an easy walk to Pietrele lui Solomon (Solomon's Stones), at the end of the old neighborhood of Șchei.

Pietrele lui Solomon represent a natural area with many geological formations (limestone cliffs, rocks, crevices, towers), karst phenomena of particular landscape and tourist interest. The quay is crossed by a small stream (”Valea cu apă” that forms several waterfalls and a small gorge) and a forest road that connects Șchei to the tourist resort Poiana Brașov. Today the entire area is arranged for outdoor walks, relaxation, and picnic or climbing on the rocky cliffs. If you are lucky, you can meet the inhabitants of this area or you can see their traces: bear, deer, wild boar, lynx, fox, squirrel, marten, eagle, etc. Now is the season of meadow saffron, which will delight you with their beauty and fragility.

There are many legends about this place. A legend says that the name of these rocks comes from a Hungarian king, Solomon, who in his pursuit of chasers, would have jumped with the horse across the valley that crosses the two rocks, the king escaping alive, and his enemies falling into the abyss. Another legend says that King Solomon, pursued by the invaders as far as Brasov, hid in the forest, and not to be recognized by the enemies, lowered his crown and placed it on the stalk of a tree. He was no longer recognized by the Cumans, who believed that the king fell into the abyss and died. That's how he managed to escape and run away with the treasures he had on him. He fled to a cave where he took refuge, in the area today called Pietrele lui Solomon. Hundreds of years later, a peasant who went to the forest to gather firewood found the crown, on the spot where the Council House is now, and took it to the Black Church for preservation. This is how Braşov came to be called in German Kronstadt, the city of the Crown. Another legend of the place is really bloody. Solomon is said to have killed his brother who was to ascend the throne to take his place. He was kicked out by his mother who threw a curse on him. He said that Solomon would die as soon as he was seen by a common man. So he came to this area he suddenly saw a shepherd. Because of the fear of the curse he wanted to run fast, but he pulled too hard on the horse's hooves, he was scared, and Solomon fell into the pit with the animal. It is said that the place where it fell split in two and so appeared the two large rocks that guard the area. Solomon managed to escape, but left his crown at the root of a tree because he was no longer worthy to wear it. (Source: https://adevarul.ro/locale/brasov/video-legenda-sangeroasa- peietrelor-solomon-brasov-locul-charged-puter-vindecatoare-inima-1_55210302448e03c0fd3c398b/index.html)

Julius Teutsch, Saxon chronicler (the initiator of the establishment of the Saxon Museum of the Barsa Country), who wrote the Ethnography of the Barsa Country, discovers in 1913 an ancient fortification (Dacian fortress) located upstream of the Valea cu Apa, in the place known under the name of " Între Chietri ”, a place where, from time immemorial, Junii, the people from Șcheii Brașov, during Easter celebration went up to perform the ritual of throwing the scepter and playing the dance of the Juni. Today this traditional event is always organized the first Sunday after Easter Sunday, known as Duminica Tomii. (https://ro.wikipedia.org/wiki/Pietrele_lui_Solomon)

After a day of relaxation, we expect you back to the city, with some suggestions for your free time:

-  The Protected Areas Week is a kind of festival organized at national level, dedicated to nature. In Brasov we have trips, exhibitions, debates, films, creative workshops. You can choose something that fits you directly on the site: https://saptamananaturii.ro/calendar/?fbclid=IwAR1KSlvEcMIvFADzRCQvoa-i1Bpny7HieE_Ou6Dd3DaTXhGvl2BPHfDhAGA#braov

- Transilvania Blues Festival returns in 2019, with the second edition! Two days of blues with bands from Romania, France, Italy and UK. Be There and Let There Be Blues! Details: https://www.iabilet.ro/bilete-transilvania-blues-festival-editia-ii-44571/?fbclid=IwAR3RRT86eHEoKxAcqJeib_dJdWano_2JIlI_OnbAym0Aay5Cb2TkJFILtKk