Outside the fortress walls 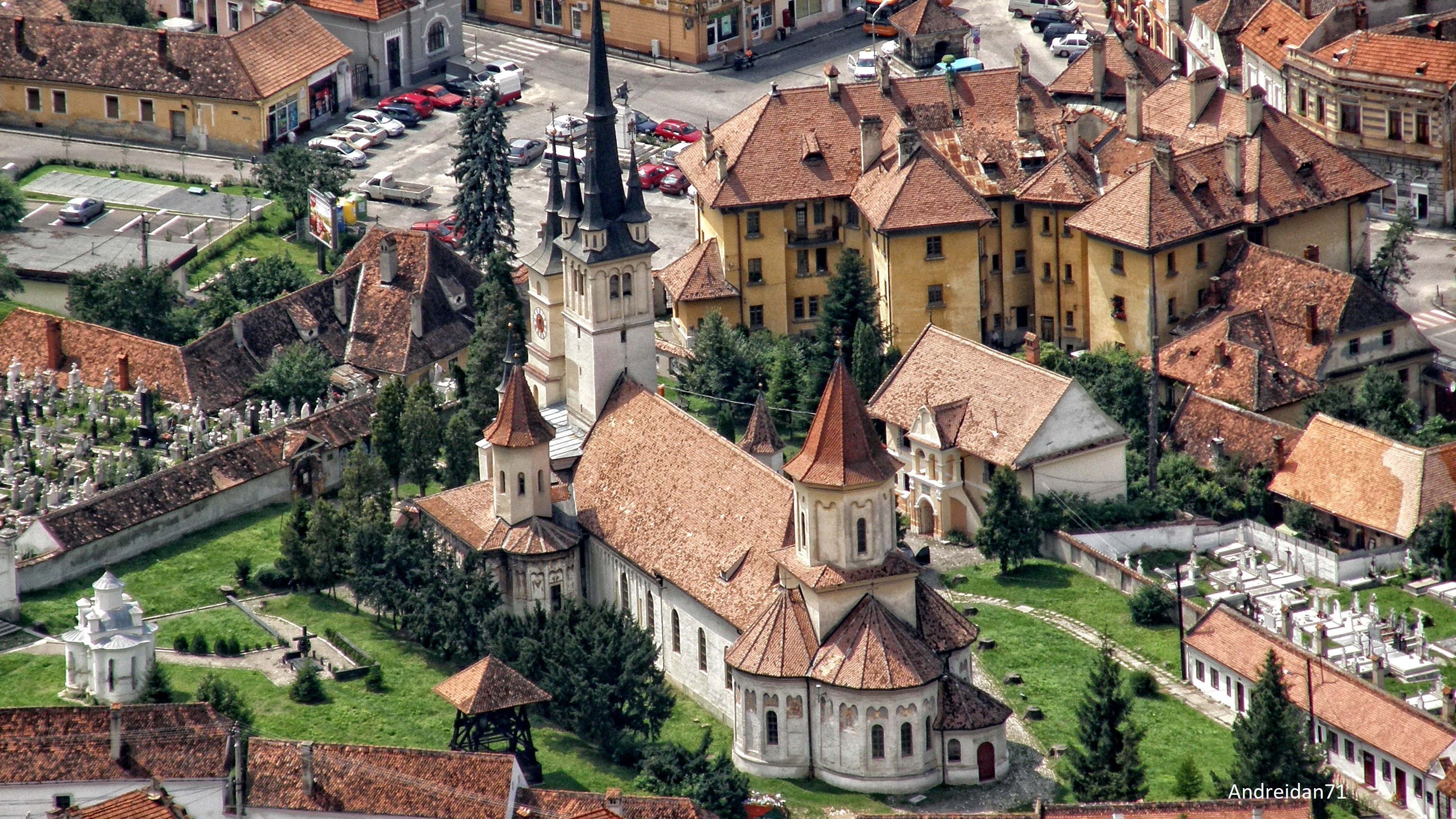 Summer is a season full of tourists. And in August, more than ever you would like to see even for half a day, empty streets, and quiet places, less crowded. We have a suggestion that can give you all this. And something extra: charm, authenticity and good disposition. We invite you for a walk in Schei.

Immediately after the Ecaterina’s gate, the neighborhood of Șchei, the old Romanian neighborhood, starts. This area of ​​the city has a more rural appearance, with many small houses, on narrow streets, with gardens nestled on terraces, just under the forest. All this urban ensemble is a historical monument. Here, long before the establishment of the medieval city of Brasov, there was an old Romanian settlement with the name Cătun, whose inhabitants of ancient times were the defenders of the citadel of Tâmpa. This settlement continued to exist even after the establishment of the city of Brasov, but after the walls and bastions were erected (1455) it remained outside the precinct. The settlement under Tâmpa fortress or "Cătunul" in Șchei is the domain of the Romanians from Brasov. In the barracks, the guards lived outside the city and who, precisely because of this military duty, were called ”șcheieni” that is, "forgiven servants" by the masters of the city.

Just ten minutes walk from the city gate, you reach the Unirii Square, where two of the most important attractions of the neighborhood are located: the First Romanian School (Prima Școală Românească) and the St. Nicholas Church. The first courses in Romanian were held here in 1583. The current building dates from 1760, being declared a historical monument. The ancient Scheians, who practiced a wide-ranging trade with Moldova and Muntenia, but who had come to cross the Levant, the Balkans so far in Syria and Egypt, protected this place of culture and learning, which today became the "Museum of the First Romanian School". The approximately 4,000 old books and over 30,000 documents as well as numerous museum objects stand today at the foundation of history, offering everyone the opportunity to know the truth that has historically unfolded in these regions. The visit is very interesting and interactive. You can sit at the old wooden desks and imagine what student life was like hundreds of years ago.

The Church of St. Nicholas dating as a settlement from 1292, dominates, by its impressive dimensions, the neighborhood. The church has been erected in stone since 1495 by the locals with the help of the ruler of the Romanian Country, Neagoe Basarab. The church was renovated during the interwar period by the care of the locals and keeps frescoes executed by the great painter Costin Petrescu. Important personalities from the national and local history, such as Nicolae Titulescu, dr. Aurel Popovici, priest Vasile Saftu, dr. Ioan Meșotă, are buried in the church cemetery.

The ”Troițe” ( a small religious monument), 60 in number, can be the pretext of a walk like a "treasure hunt". Located at the intersection of streets, they are testimonies of the Orthodox tradition of Brasov, but some of them have also Catholic or Protestant influences, which shows that throughout the time the Scheieni were an educated community that did not reject what is beautiful. Each one has a story and a unique design.

After a walk full of stories, you can stop at Agapă în Șchei. Here you have a friendly meal at the common and fraternal table. Homemade chocolate, like grandma used to do in the past, stew, honey, bread specialties, perfect cakes, local beer and many other goodies! Then at the end of the neighborhood, right where the old road to Poiana Brașov begins, there are Solomon's Rocks, a place for recreation and celebration, sports competitions, nature walks, running or cycling, etc.

Now after you had a walk, some peace and nature, let's go to back to the city. Here's what you can do in August in Brasov.

- The Golden Stag, 2019 edition, will take place from August 22 to 25, 2019, the shows to be performed during 4 evenings. The festival will bring together top performers from all over the world on its stage. Ştefan Bănică jr. and Irina Rimes open the recital series. Other important names: Zoli Tott, Emeli Sande, Ronan Keating. http://cerbuldeaur.ro/2019/